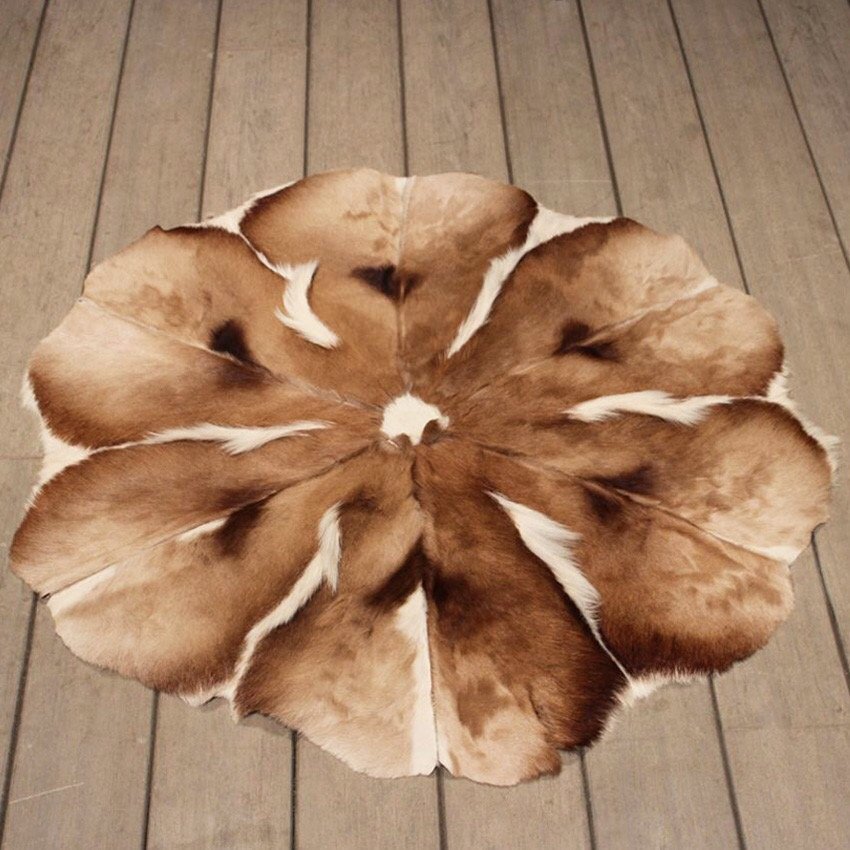 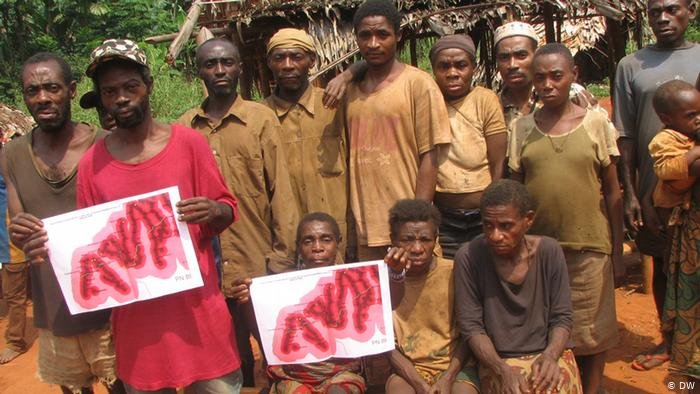 The Baka pygmies in Southern Cameroon have been living in the forest for thousands of years. But now, with logging and mining companies rushing to cash in on the wealth, their ancient culture has come under threat.

The sound of a chain saw felling down trees at a mining site in Ngoyla, in south east Cameroon, sends shivers down the spine of Mendum Lysette, a Baka widow with three kids. The Baka pygmies live in close proximity to the forest which they consider it their natural home. Until a few years ago, they had little to do with the outside world. But since the forest has become the target for commercial interests, things have changed drastically.

Along with some 35,000 Baka pygmies living in the forests of Southern Cameroon, Lysette has never been more fearful in her life.

“We can’t help being afraid. Every day, strangers come to us preaching a new gospel of mining. And as the days go by, we see systematic restrictions on our rights,” she said.

“The government of Cameroon and some white people have moved us out of the heart of this forest and resettled us in this village. Now we go into the forest and return in the evening. We are not allowed in there at night.”

Lysette’s family and other families were forced to move to a simple village on the edge of the forest. But the Baka don’t like it there. They were used to moving freely from one location of the forest to the next in search of game, wild fruits and tubers, but now, they are forced to live a sedentary life along the roadside.

Lysette says this policy deprives them of the sounds of birds and animals that was part of their lives and souls.

For most of her life, Lysette and most other Baka lived in close communion with nature, right in the Ngoyla-Mintom Forest, an area encompassing 943,000 hectares of relatively intact forest that straddles parts of the East and South Regions of Cameroon. But right here, the iron exploration firm Cam Iron plans to extract close to a billion tons of iron in the next 25 years.

Cameroon pushes for its 2035 development vision

Mineral extraction and logging are major areas where the Cameroon government hopes to make enough profit to achieve its 2035 development vision. Besides being a life line for many rural communities, it is a sector that provides more than one quarter of Cameroon’s export earnings.

“The Baka have been living in the forests of Southern Cameroon for thousands, and thousands of years. Their indigenous knowledge is unbelievable – the medicines, the plants the animals,” said David Hoyle, director of conservation for the WWF.

This policy has led to the influx of mining and logging companies into the region, which are now creating many problems for the Baka pygmies who are traditional hunters.

‘’The Baka now cannot completely depend on the forest, because the areas that have been created for protected areas are now managed by conservation organizations like the WWF, WCS and so forth,” Naah Ndobe said. He is the coordinator of the Center for Environment and Development, a Yaounde-based NGO working to protect the environment and the rights of the Baka Pygmies.

“The juicy parts of the forests where they used to get game and fruits have now been protected and are guarded. The logging areas are also guarded, because those who have the concessions would not give you access there. They have obligations to control what you call poaching and so on,” Ndobe added.

Naah Ndobe says the original occupants of the forest have become very vulnerable – deprived of the land they have enjoyed for ages.

With little access to education and no say in the decision making spheres, they find it hard to fight the battle for their ancestral lands. A combination of discrimation, economic interests and lack of control is depriving the Baka of the very essence of their existence. David Hoyle has worked with the Bakas for long and says he understands their frustrations.

Hoyle added that they need to find a solution that caters to the Baka as well as allow Cameroon to develop as an emergent economy.

For the Baka, there seems to be no place to preserve their unique cultures and tradition. They are even prohibited from finding alternative ways to make ends meet.

“A Baka cannot sell game and get money to send his children to school,” Ndobe said. The communities are allowed to get forest products through users’ rights, but they can only use it for their own consumption.

The World Wide Fund for Nature has however been working along with both government officials and the Baka to find solutions. David Hoyle says WWF has been negotiating with the government to give the Bakas access rights to the Nki and Bouba Bek National parks as a legal part of the management plan.

According to him, this is important in order to enable the Bakas to get such non-timber forest products like wild fruits, wild tubers and medicinal plants as well as continue to access their places of worship.

But Ndobe believes that any valid solution can only come from sweeping policy reforms that should protect the fundamental rights of the Bakas. He says that indigenous peoples should be better protected in Cameroon, particularly since the government has signed a UN agreement on Indigenous rights.

“The Baka are sharing these specificities not only in Cameroon. You go to the whole of the Congo Basin, you have the Batwa, the Babugo and the Babute; and you go around the world , you have indigenous people-hunter-gatherers in Latin America and Asia. And in the whole world, they have specific rights that have been recognized.”

Ndobe emphasizes the need for the Cameroon government to come up with specific laws recognizing the rights of the Bakas, citing progress made in neighboring countries like the Central African Republic and the Congo.

It remains to be seen how committed Cameroon will be in respecting the rights of its indigenous inhabitants who represent one percent of Cameroon’s 19 million people, while striving for economic development. For the Baka, it’s a question of life and death for their unique culture and identity.